You are here: Home / Fractal Entrepreneurship / The Meteoric Rise of Video Marketing and How It Will Affect Your Fractal Business

If you’re not using these platforms, you’re missing out on an enormous audience.

Did I scare you a bit? Don’t worry. I will walk you through what you need to do succeed in video marketing today. Continue reading the article. 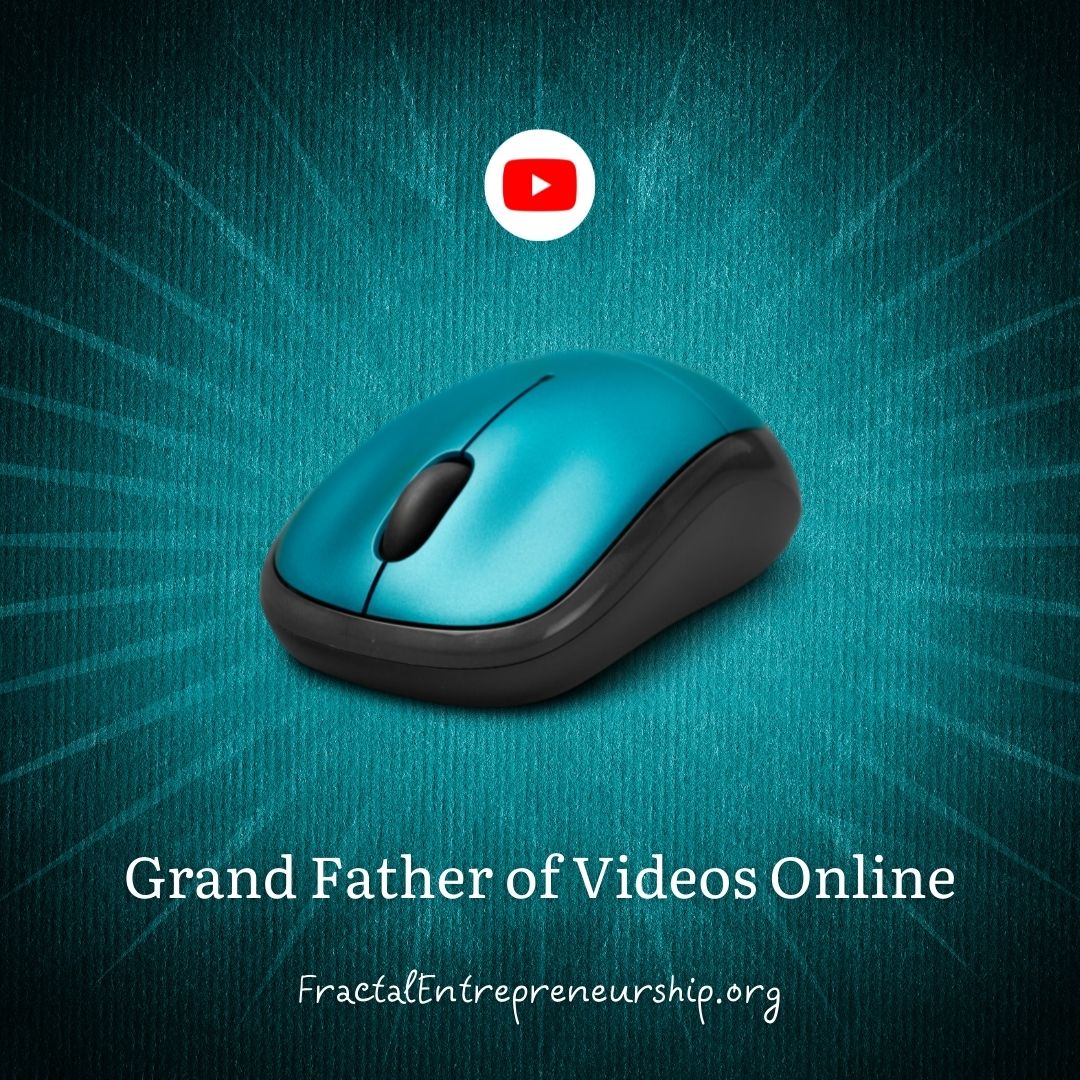 Let’s begin with the obvious, the grandfather of video online: YouTube (also known as Google Video). Here is why I won’t be drilling down on strategy specifically for YouTube in this article: I know, you’re already skeptical, but hear me out. YouTube is massive. I’m not denying that. It’s a library of video content. Just imagine this: 300 hours worth of video content being pushed to YouTube every minute! But if you’ve ever watched any of those videos, you’ll notice something interesting about them: They’re not entertaining. That’s because they’re made with no care, no attention paid to how people watch and interact with video online. And that’s what we’re going to fix today. Some of you may have a video channel on YouTube. Go and watch your videos dispassionately. See how boring they are. I am not saying they don’t have content worth watching. But, they are boring. Not just boring, mind-numbingly dull.

Due to its sheer volume, there’s an overwhelming amount of competition amongst videos on Youtube. When you have a channel with over one billion users, all wanting exposure, it’s going to get crowded. Marketers love attention. Everyone is trying to get a eyeball attention in YouTube. And…. they have ruined it. Perhaps, you have added some content of your own that have received 100, 200, or 300 views. It is nothing to boast about, is it?

Furthermore, it has no capabilities of other growing video platform, and so far, there hasn’t been any sign of them catching up.

“What exactly are those capabilities other social media sites have?” You might ask.

So, here’s what we know for sure: data. And the leader there is, without a doubt Facebook.

Videos on Facebook are good for everything: smart, shareable, and personal 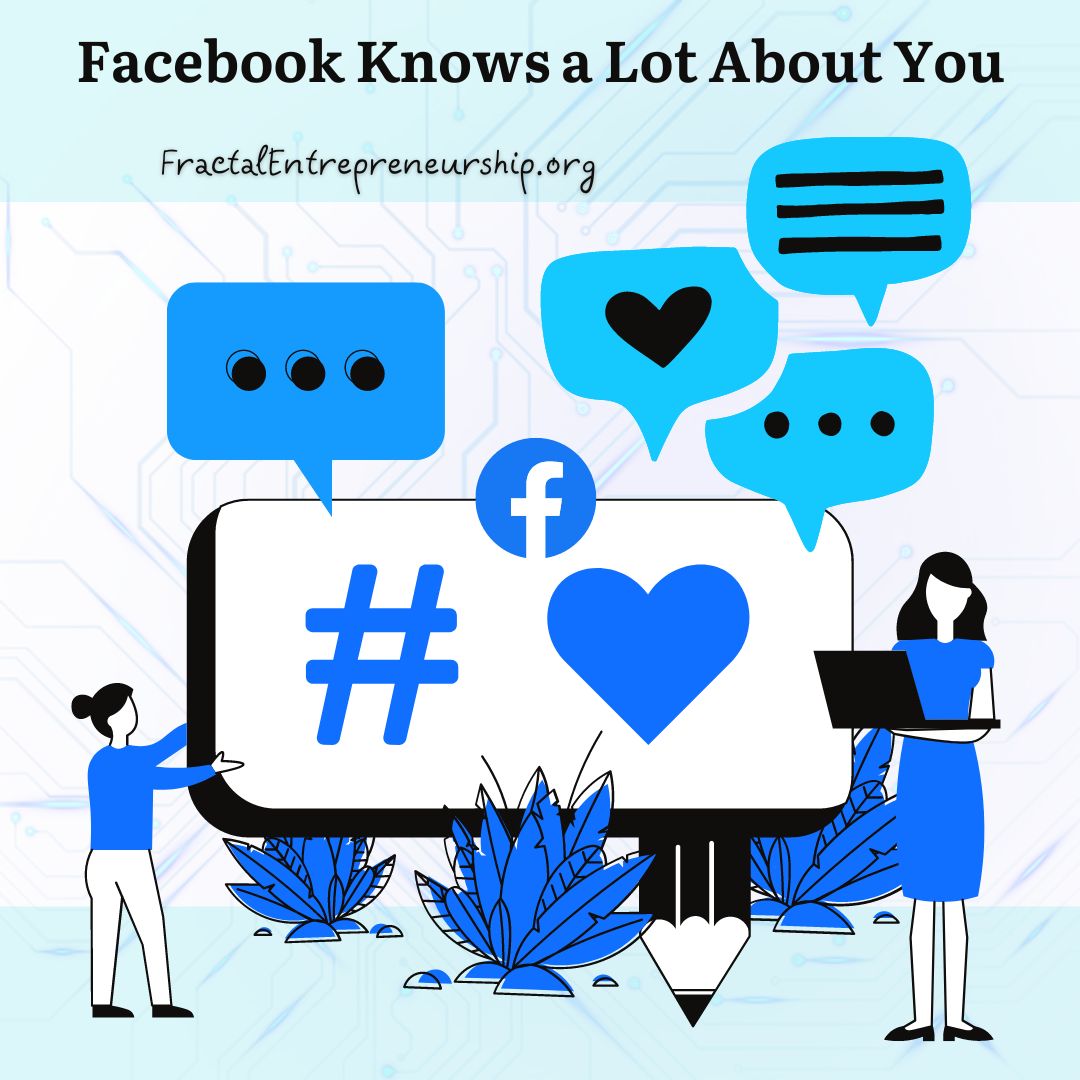 With Facebook videos becoming the best way to reach people at scale, coupled with their new ability to sell ads directly to them, Facebook now offers an even better platform for marketers to create engaging content.

It makes sense if you think about it. If you’re making videos exclusively for YouTube, but aren’t sharing them on Facebook too, then you’re missing out on potential exposure. There’s no question about it.

And I don‘t mean cross channel promotion via posting links to YouTube videos on your Facebook wall as status updates. I mean uploading the videos natively to Facebook, not just linking them. Why? Because Facebook’s algorithm loves videos. Facebook knows people are consuming videos 10x more than other forms of content on it’s social media platform. YouTube is their direct competition. Why would it want to show a YouTube crosslink posted on Facebook to their users?

YouTube should honestly be worried; Facebook is already on their way to being a huge competitor when it comes to online video marketing and content distribution platforms. They’re sitting on an enormous amount customer data. It creates the perfect marketing machine. For example let’s say you upload a video naturally, like I mentioned earlier, about a plant-based receipe. You can then spend money on a promoted video to directly market your product to people who 1) enjoy eating vegan and healthy food and 2) reside in your area and 3) have some kind of sickness such as diabetes. Automatically, you’re reaching the audience who is the most interested and profitable to you. Is this not great? Facebook is not wasting your time and money. You are truly able to reach your target customers who will be interested in what you have to offer

You now have the ability to target audience like you’ve never seen them before in digital platforms. Have you not already experienced the power of facebook platform? I must add here that Instagram is catching up with Facebook since they are both highly integrated and owned by the same company.

Videos on Twitter are for engagement (direct, social, real). 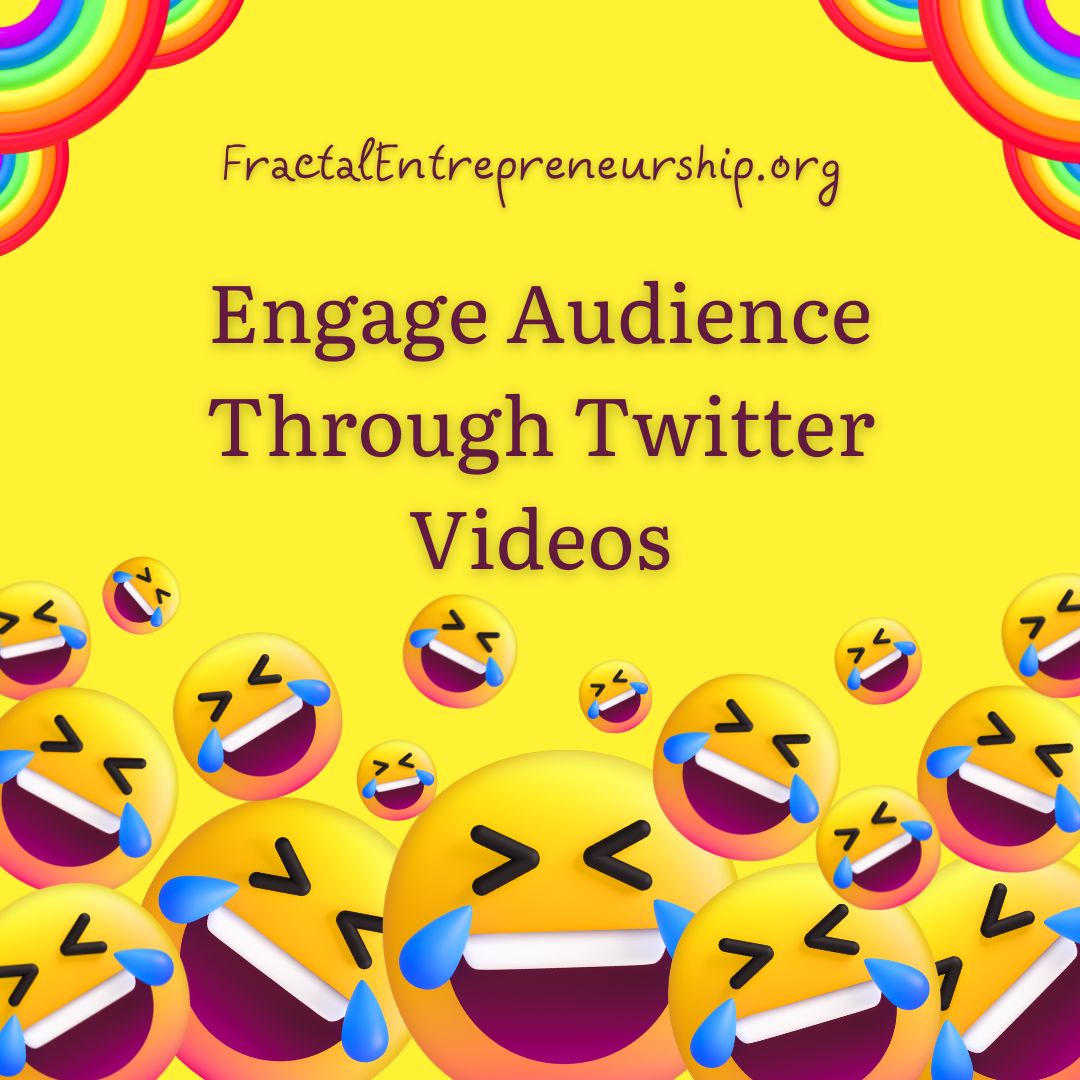 While Twitter’s new product may not be perfect, it does change how we use the platform. Video on twitter really is social and the best use of Twitter video is by connecting with and engaging people, rather than simply pushing. As Twitter has increased in size, it‘s become a listening platform, where six years ago, I could share a message and get more engagement on my original post than I can now. I used to have fewer followers, but they were paying closer attention. It felt more serious. Now, the amount of information and people on that platform has gotten too much for me to get the same level of engagement. It’ s hard to get any one person’s attention.

That’s one reason why the game, the best way to win with Twitter videos, is by engaging people through them.

People respond to effort. When someone you respect follows you, you feel great. You know they read what you wrote because they liked something you posted. But it’s not just about the number of followers you have; it’s about how much attention they paid to your posts. Their choice to follow you means they took notice of what you had to say. That simple act of engagement gives you an emotional boost.

Twitter has taken their live streaming experience to the next level by introducing videos.

All you have to say is “Hey, I’m @username and I’d love to talk about your project.” Then, click the button below to send them an email. You can also follow us on Twitter and Facebook!

You could add a little context to your tweets. For example, if you’re talking about something funny, include a link to the source material so people can watch it. Or, if you’re having an important conversation, make sure everyone knows who you’re talking to.

You can spend 15 seconds thinking about yourself or you can think about someone else. Which would you choose? That’s right, you chose someone else! So why not make it easy for them and give them 15 seconds of your attention?

People say they love Twitter videos because they give them something we haven’t seen before – personalized time. We get to see how our friends spend their time. We can watch them interact with each other. We can learn things about ourselves. We can learn about others. 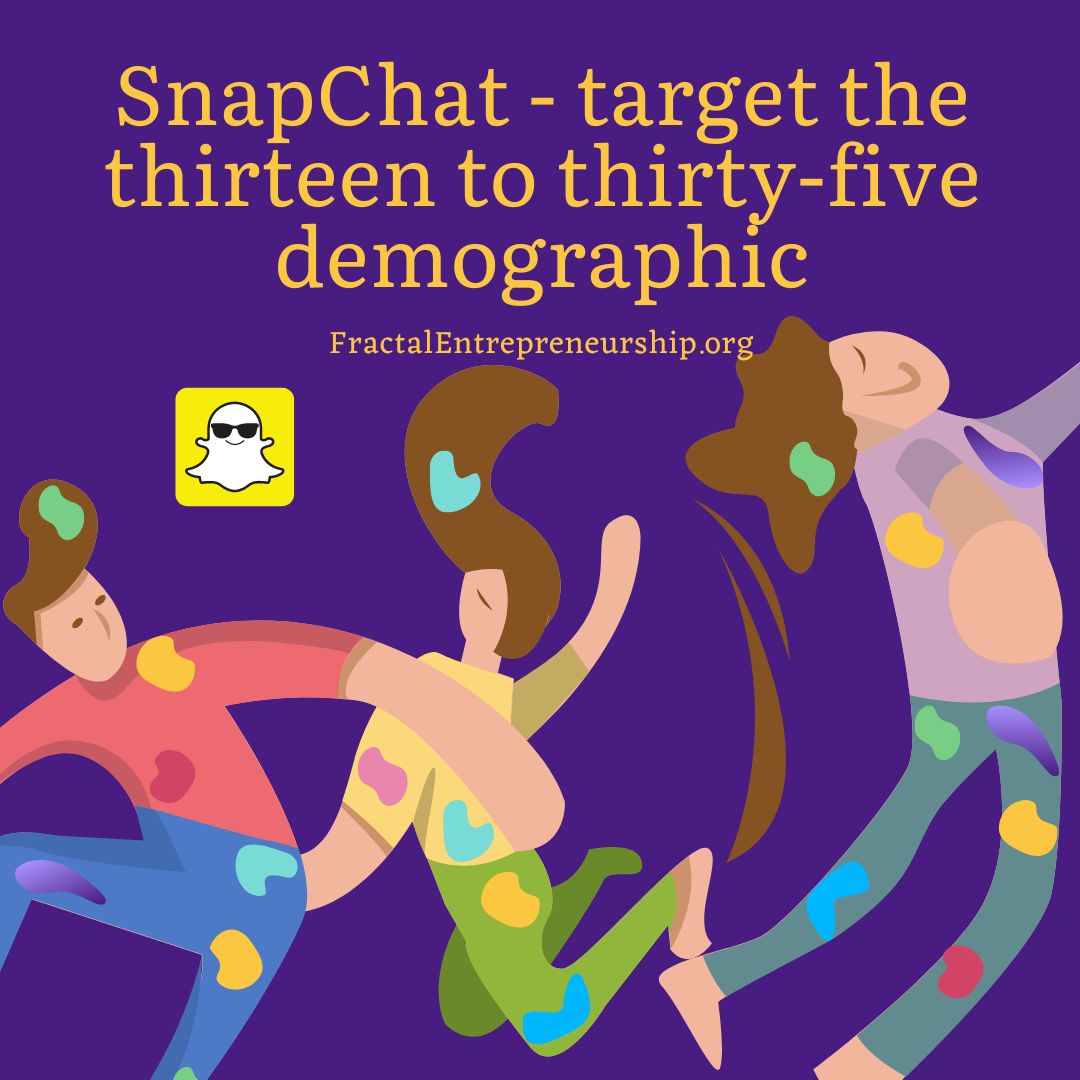 According to Pew Research Center, more than 60 percent of 13 to 34 year-olds who own smartphones use Snapchat.

They now have more videos viewed per day than YouTube has ever had before.

There are some interesting things about Snapchat as an app when it comes to how its working.

Because Snapchat requires you to touch the screen when viewing a video, it keeps you focused on the content.

Videos have a maximum lifetime of 24 hours, or less if your user decides to make it so. They can last anywhere between one second and an hour. Urgency to view something before it vanishes can be a huge motivator. Many marketers started their career on Snapchat by sending people screenshots of snaps they should take before they vanished. Users responded to that urgency.

And now, marketers have gotten really serious about Snapchat as an advertising platform due to some key changes they’ve made. Previously, the only way to get your brand into the app was through paid promotion. But now, brands can actually create their own channels and start sharing sponsored stories directly within the app itself. Currently, 11 partners have signed up to participate. That means that brands can now put their ads right next to actual videos from those publishers. It’s a big move for the company, and one that could potentially make them a lot of money.

With Snapchat, brands can now target the thirteen to thirty-five demographic by having an ad pre-roll before the user watches the content.

While you might not be able to afford their premium service, just knowing that these large brands and media companies are signing up for Snapchat tells you something. Teens use Snapchat every single day and night, so you need to start talking to them on it.

Whether your answer to this question is a yes or no, you should not miss out on this huge demographic because you do not understand them. If you want to know, you must go into the field. Get yourself a copy of Snapchat. Try it out. See what happens. Learn about it.

Bottom Line: There is a lot happening in video right now, but it’s the number one way to reach your target audience. Every platform uses video differently and has its own social context that needs respect and consideration. Put in the time, effort, and resources necessary to create the content that will move your business forward.

And let’s not forget: Competition breeds innovation. I hope Youtube gets scared a little here, I hope google is paying attention. It may lead to better quality innovation emerging from youtube. They’ve been pretty stagnant for a half decade, and now these disruptors will force them. I’ve mentioned all of the above without even going into the brand new world of live streaming. The bottom line is that video is king right now; it’s still evolving and changing rapidly. We’re living that. And Facebook Video is being grossly underestimated. Don’t get left behind. Get into it.

Have you gotten into Video marketing on social media? What is your experience?

Share your social media channel here. I will be happy to take a look at it and send you a free review of it.

Vazhga Valamudan!
Be Blessed by the Divine!
Krish Murali Eswar.